Funded by the Public Arts Trust Program of the Montgomery County Arts and Humanities Council, the mural was conceived by artist Tom Block and painted by Joel Bergner.  The Global Refugee Mural tells the story of three refugees who live in Maryland.   In partnership with the International Rescue Committee’s (IRC) local Refugee Resettlement Center in Silver Spring, the mural is based on actual interviews with the refugees.  The first section of the mural tells the story of Georges, a refugee from the Democratic Republic of Congo who was once the mayor of his city.  When a violent rebel group attacked his region, he took his family and escaped to a refugee camp in Kenya, and eventually came to the US.  The second section shows the story of Mai, a refugee from Burma.  When the repressive government discovered that she had visited a Christian church group in the US, she and her family were persecuted and she was unable to return to her country.  The third refugee, a woman from the south of Iraq who wishes to remain anonymous, explained how her brother, a young and educated man with democratic ideals, was murdered by a local fundamentalist militia group.  She was targeted by the group as well, and escaped and came to the US. 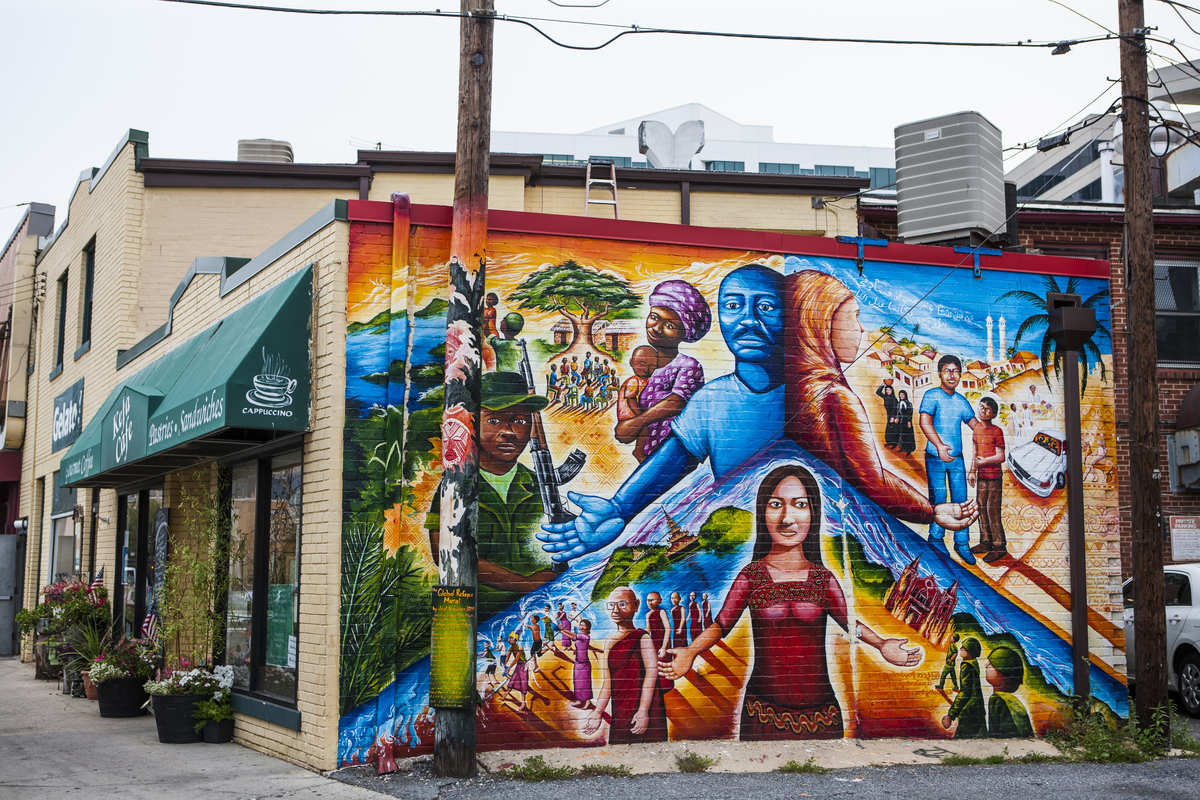 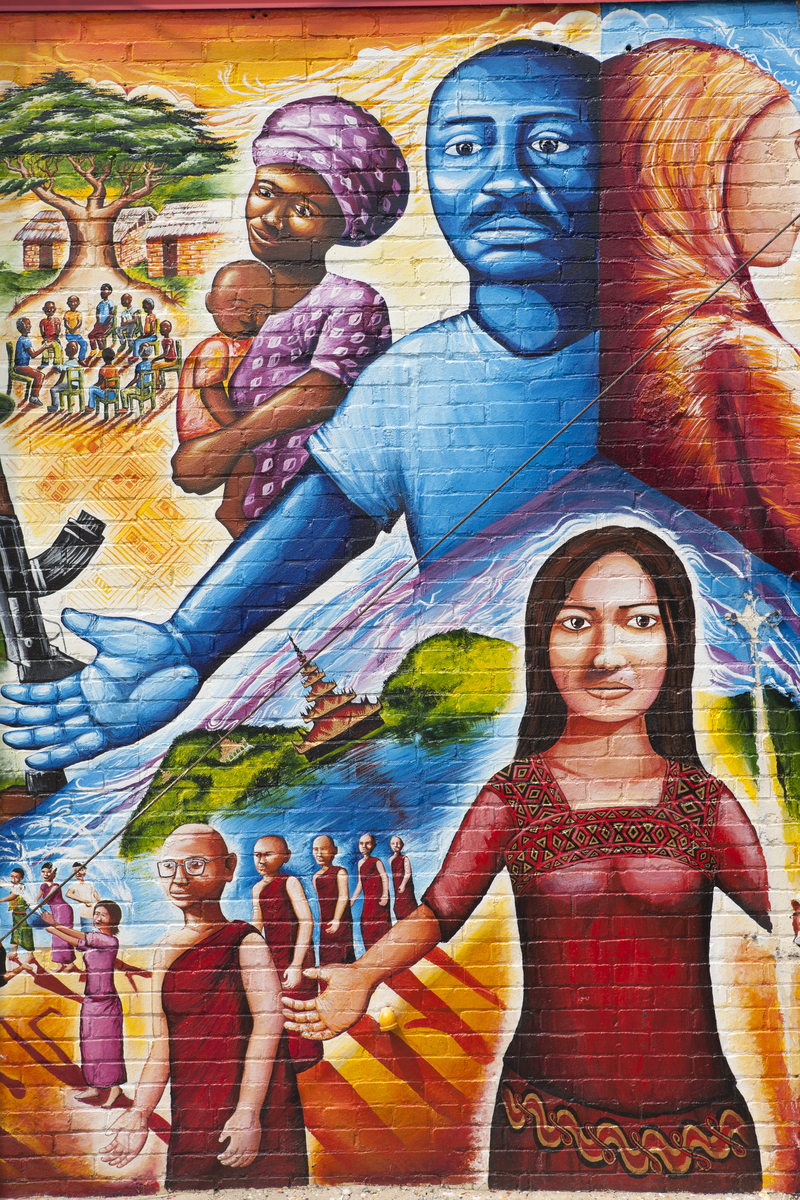 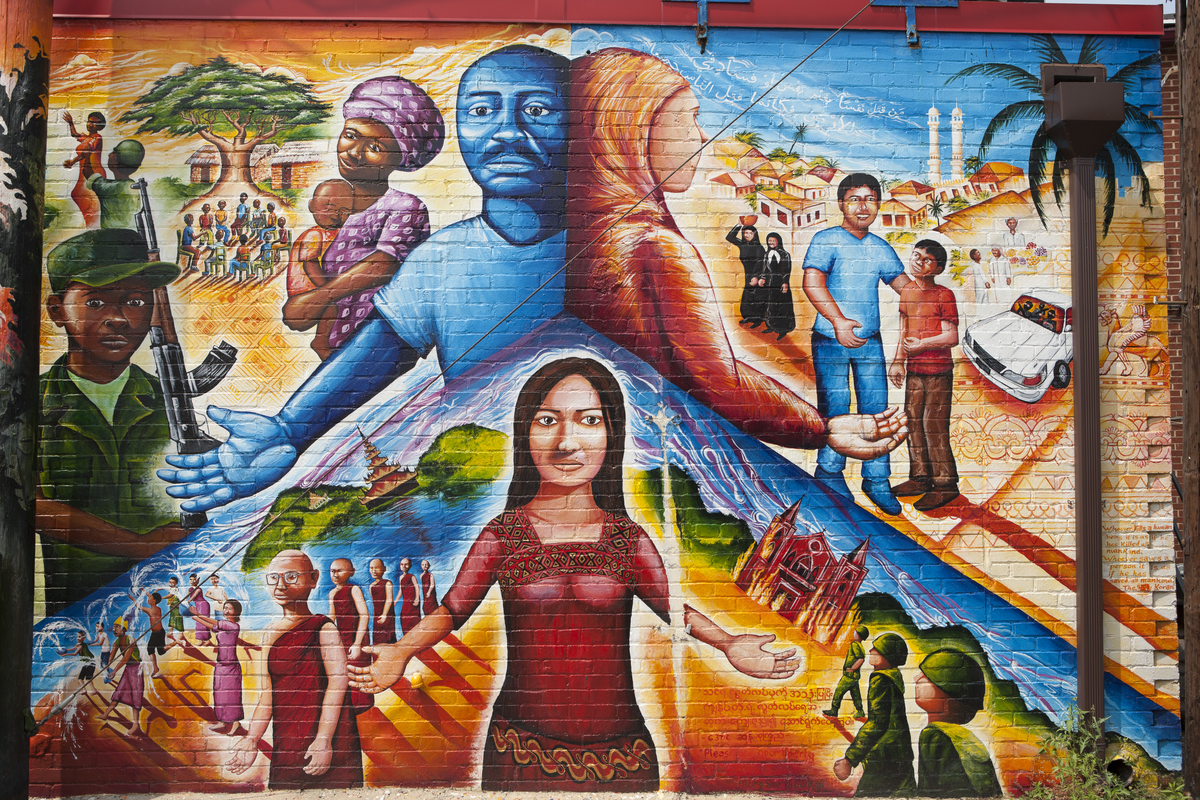