This mural by artist Byron Peck is actually located across the train tracks, but can be seen from the
platform at the Historic Train Station.  The mural recreates the building that once stood on the spot, mimicking the simplicity of the structures and giving new life to the structural details that had fallen into disrepair.

The mural shows Harry Truman on the platform, commemorating his visit during his Presidency as he awaited his return to Union Station.  On the right hand side of the mural, the window shows the reflection of the historic train station buildings. 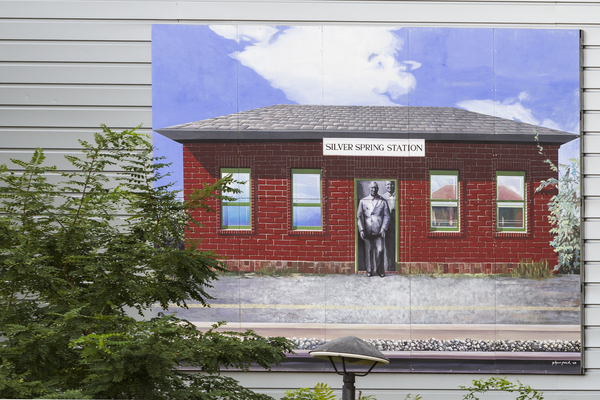